Some stories sound like a fairy tale: Once there was this 22 year old German film student from Berlin. He was a perfectionist and spent quite a bit more time on his semester project than he was required. As these things go, he missed his deadline, but in return he single highhandedly created a SciFi short film that makes Hollywood executives hold their breath.

Not only is the story of Kaleb Lechowski’s 6 minute short film R’ha absolutely thrilling, the special effects and level of detail the aspiring young film maker has achieved in his school project beats that of some multi-million dollar movies. If you haven’t seen this gem yet, check it out below.

Only hours after the upload of a first teaser on YouTube Kaleb received an email from US film producer Scott Glassgold, who offered to discuss a full feature production based on the piece. The finalized short was released on Vimeo in January 2013 and received 80 000 views in only 1 day. Kaleb flew to L.A, and by now, 7 months later, the producer of Star Wars Rick McCallum has signed onto the project and Kaleb has paused his studies to work as a director on the film.

What makes the movie script so exceptional is that this production will contain no human appearance whatsoever. The plot is purely following the struggles of the Alien race to defend their planet. 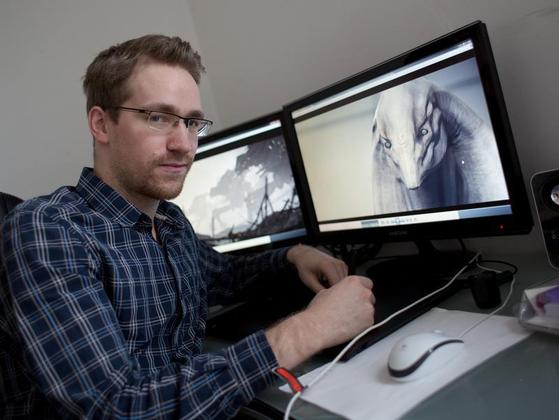 I guess this tale is a real-life example that nothing is impossible and young talented people can never aim too high. I for myself can’t wait to see the full feature movie R’ha!